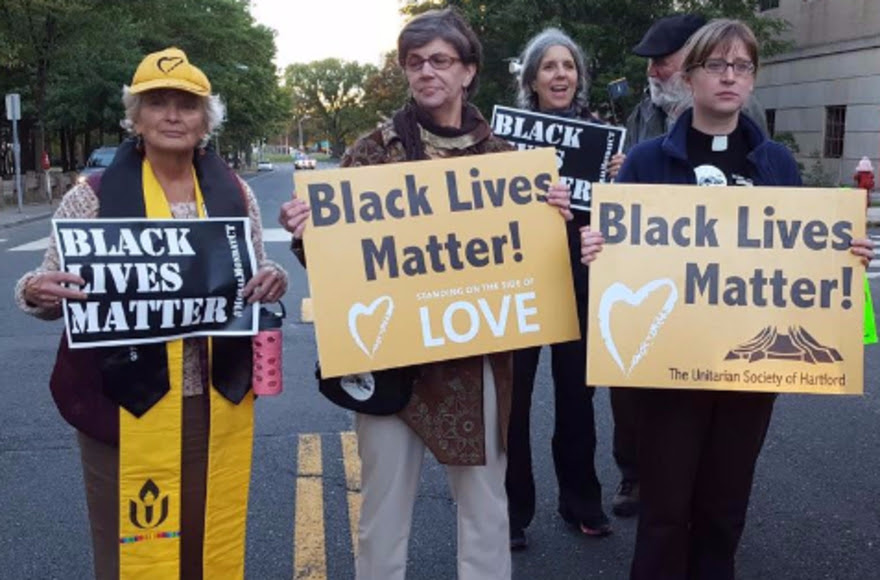 Jan is in her sixth year as minister at the Unitarian Universalist Church in Meriden, CT.  Her ministerial passions are social justice, pastoral care, and speaking (not just sermons).  She has served congregations in Kingston, NY; Cohasset MA; and New York City.  It was in 1999 that she was ordained at All Souls, NYC 30 years after graduating from Union Theological Seminary. Since coming to Connecticut, Jan has served as President of her UUMA (Ministers Association) chapter, as a member of the UUSC Ministerial Advisory Council, and a Board member of the UU Small Group Ministry Network.  She is also active in the DUE Justice Coalition, Moral Monday CT/Black Lives Matter, and the Meriden Clergy Association.  Since UU Meriden became a sanctuary congregation, Jan has been active on the Chalice Sanctuary Team and has served as spokesperson for becoming a sanctuary congregation.   Formal education includes a B.A. from the University of Colorado; M. Div. from Union Theological Seminary, NYC; and a Ph.D. in developmental psychology from Yeshiva University, NYC.   Jan is married to Daniel Bull.  She revels in their three grown daughters and three adorable grandchildren. For fun and leisure, she swims, goes to the movies, savors fiction, and spoils their grandkids.